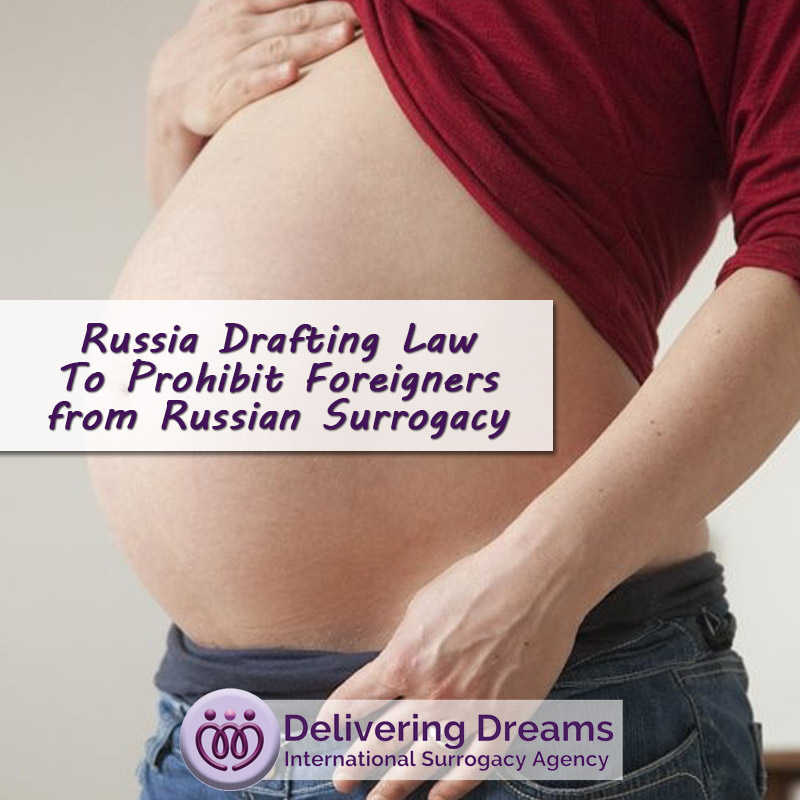 While the cost of surrogate is affordable and comparable in Ukraine and Russia, single sex male couples are unable to participate in surrogacy in Ukraine. Hence, they have been going to Russia.

While single men are not explicitly mentioned in the law, successful law cases in favour of paternity for single fathers through surrogacy and egg donation, have also helped create a precedent establishing the practice of offering surrogacy to single men and same-sex couples.

The fact that the legality of surrogacy in Russia is not explicitly mentioned should be cause for concern, especially in the current environment and with such laws restricting foreigners from participating in surrogacy being drafted.

In Russia, intended parents seeking surrogacy need to have been married for at least one year, be at least 25 years old but not older than 55 years, and h a valid medical reason for the use of surrogacy.

Ukrainian Surrogacy, unlike in Russia, has a stable legal and regulatory system on the federal level. This protects intended parents, their future children and surrogates.

The climate around surrogacy in Russia has been changing. This 2020, after a surrogacy-born child died in January 2020 of sudden infant death syndrome under the care of a nurse when its foreign national parents could not enter Russia due to the COVID-19 related travel ban has been prompted in part by the arrests of fertility doctors charged with child trafficking in Moscow in July (see BioNews 1058).

Russian surrogacy agencies are acting with great caution. They have stopped working with non-traditional parents and single fathers. Some agencies have decided not to start any programs until the decision is made on the bill.

The push for this law was explained as a direct response to the stranded children born via surrogacy during the Covid lockdown. However, most believe that the use of surrogacy by single men and women does not fully comply with the principles of motherhood, childhood and family in Russia.

There have been previous attempts to ban and limit surrogacy in Russia. The possibility exists that Russian will take a similar route as India, which at first banned same-sex couples from accessing surrogacy in 2013, and followed this with a ban of commercial surrogacy for all foreigners, restricting access to altruistic surrogacy to heterosexual, married, Indian couples only.

With the fate of legalities in Russian regarding international surrogacy unknown, foreigners should be extremely cautious about starting the surrogacy process in Russia.

Ukraine has always been a stable legal environment for international surrogacy. Any traditional married couple with a medical indication can participate in a program with no length of marriage required.

Russia’s Proposed Bill and Discussions of Banning Surrogacy Have No Consideration for Surrogates.

In Ukraine the requirements for surrogate mothers are regulated by law. Respected agencies ensure the best medical care, a healthy and safe living environment and emotional and physical support throughout the pregnancy from the surrogate’s family.

When India banned commercial and transnational surrogacy the reasoning was to protect Indian surrogates, in Russia, concerns about surrogate welfare were never part of the discussion.

There is a striking absence of focus on the well being of surrogates in Russia and the impact the bills would have on them. Instead, what is foregrounded in the debate in Russia is firstly, the concern to protect the national interest by ceasing the export of children, and secondly, the protection of traditional Russian family values.

As such, the developments in surrogacy legislation are in accord with the wider demographic and reproductive politics in Russia: the increasing hostility towards and criminalization of homosexuality and non-heteronormative identities and living arrangements, the (re)orientation towards conservative, regressive family values, and the resulting pressure placed on Russian women and young families to have more children and contribute to demographic growth.

Both the proposed bill and the current media coverage of it disregard the women who work as surrogates, as well as the often-essential egg providers; instead, they highlight Russia’s national interests and hint at the fear that Russia is losing reproductive capacity, as Russian women’s reproductive labour is exported elsewhere.

It is impossible to escape the impression that the potential restriction of surrogacy in Russia is less about moving towards a ban of surrogacy, and more about reserving surrogacy for childbirth that is in the national interest.

It seems in Russian only the right kind of people are allowed to become parents and surrogate mothers are an after thought.