A Surrogate Can Change Lives Like with Neil Patrick Harris! 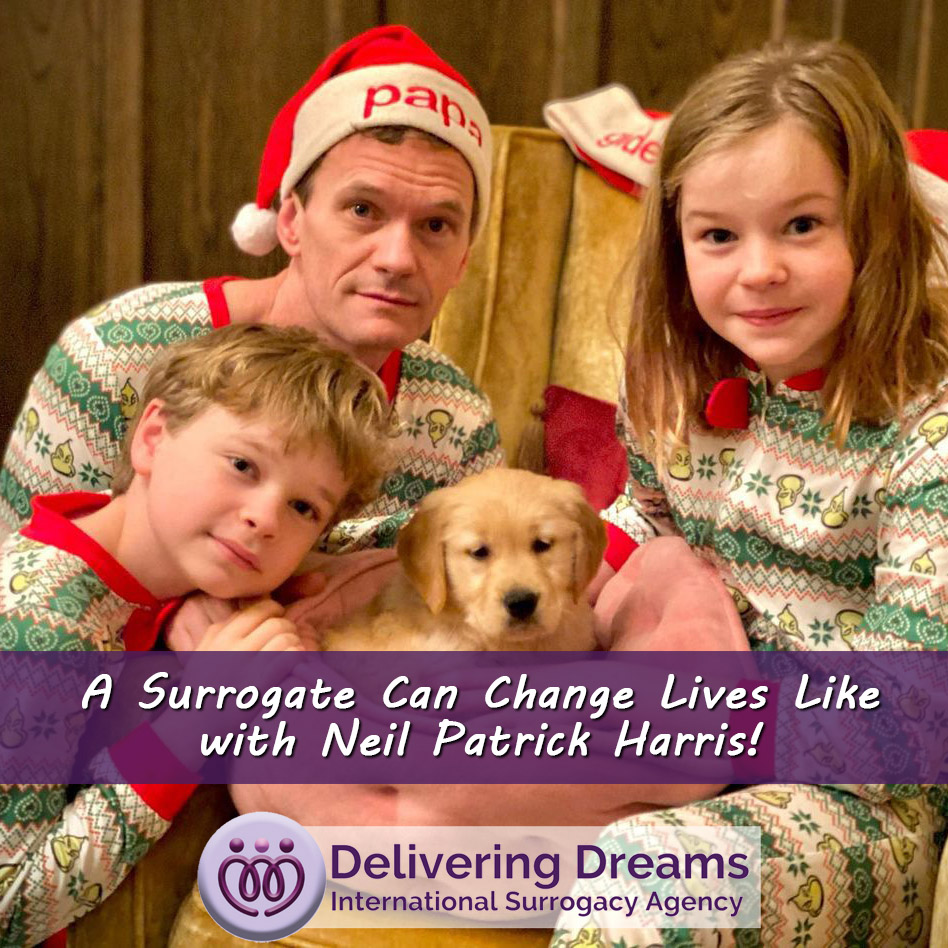 Neil Patrick Harris, ‘Legendary’ Barney Stinson from How I Met Your Mother an American sitcom is not only a famous American actor but also a singer, writer and a producer. Neil Patrick’s husband David Burtka was starred in the same series as Scooter. Who would’ve thought that Barney will marry Scooter in real life.

Harris and Burtka got married in September 2014. Harris said he didn’t know Burtka was gay at first, but when de discovered, he decided to make his move. They are happily married and they have two children, a son named Gideon and a daughter named Harper.

Neil Patrick and David Burtka welcomed their son and daughter via surrogacy in 2010. The “How I met your mother” star opened up about the surrogacy process, revealing that they found a surrogate who had helped same-sex couples before. He added, “We inserted two eggs, one with my sperm and one with David’s sperm and they both took,” he said, so no one knows “whose is whose.”

The couple knew the surrogate, but the egg donor – who they found through a donation bank and thus were able to research her personal and medical history – was anonymous
Surrogacy changed their lives and blessed them with twins and the twins conception was quite a miracle of modern science. Harris told they ‘lucked out’ that both of the embryos took and reports the children are healthy and thriving.