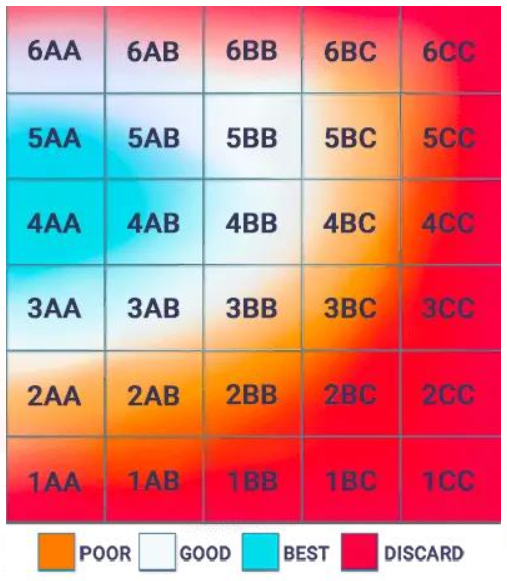 A = many cells tightly compacted;

D = no cells or degenerate or necrotic cells.

B = noncontinuous layer with fewer cells;

D = sparse distribution of large or flat or degenerate cells).

Thus, there are nine combinations of embryo grades for blastocysts that are not degenerated: AA, AB, BA, BB, AC, CA, BC, CB, and CC.

The goal of the scoring system is to aid in the selection of embryos with high implantation potential, to improve reproductive outcomes. Higher-grade embryos are more likely euploid, and although some embryo scores are well accepted as having implantation potential (e.g., AA is the best, and AB is better than AC)