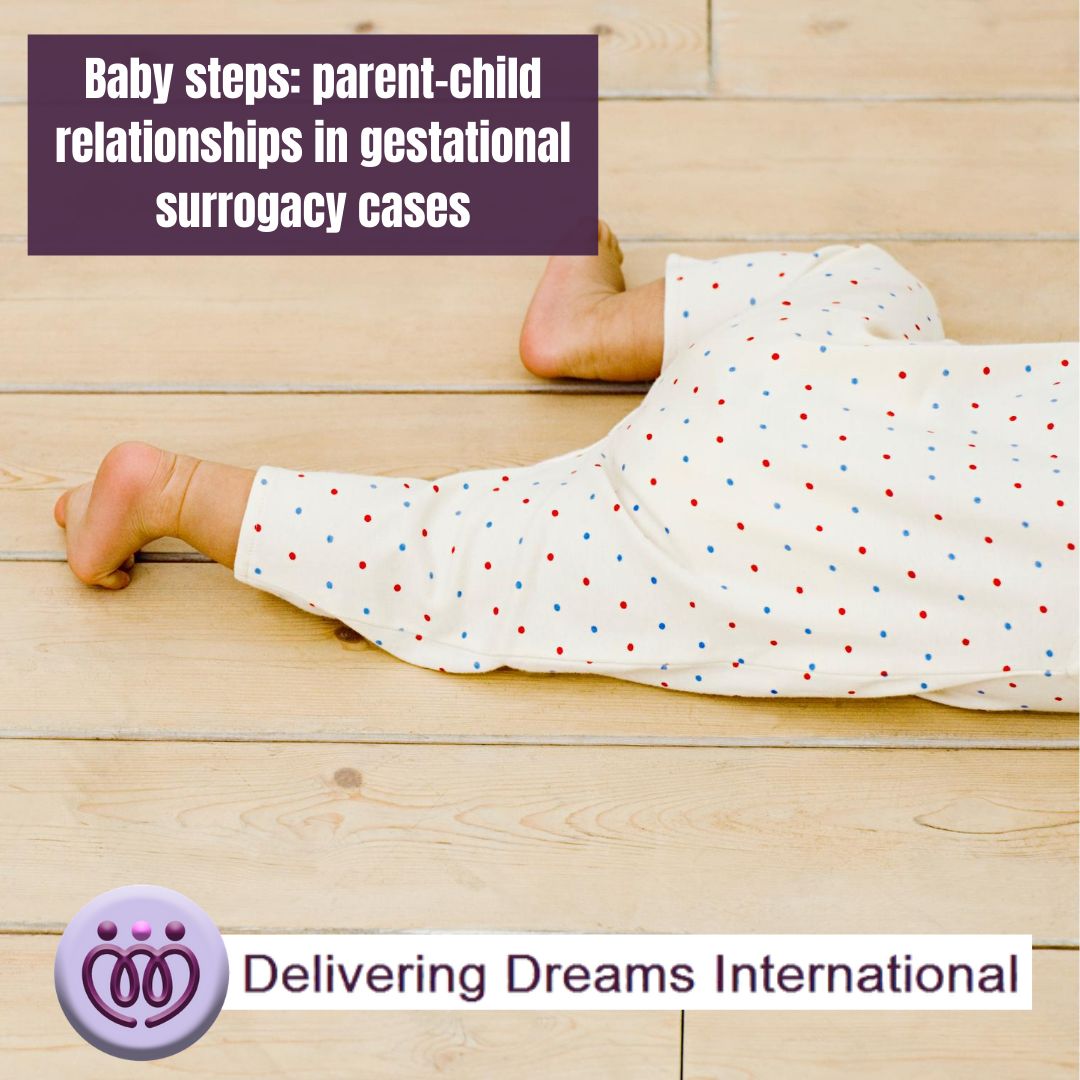 The ECHR recently delivered its first Advisory Opinion in a case on gestational surrogacy. The case is noteworthy in terms of the novel procedural dimension as well as in substance. Again, the Court examined France’s rigid stance on surrogate motherhood.

Just two months after its entry into force, the French Court of Cassation made use of the newly-established procedure and requested an opinion in a dispute concerning surrogate motherhood. Not only was the case noteworthy in terms of the novel procedural element, but also in terms of substance. Surrogate motherhood has long been the subject of debate in France. In fact, this country has maintained an explicit ban on all forms of it since the early 1990s.

The opinion discussed in this blog challenges France’s unwavering position on the matter and aims at establishing a higher level of protection for parent-child relationships in cases of gestational surrogacy. It comes as a sequel to an earlier decision in which the Court explicitly ordered France to protect the relationship between the biological father and the child conceived through surrogacy, but where it left the arrangement of legal ties between the non-biological mother and that same child open. In the opinion at hand it examined whether an obligation to recognize such a mother-child relationship exists under the Convention.

I will first briefly discuss the content of the initial decision and then turn to the substantive elements of the subsequent opinion.

Part I: Father through genetics

The initial ruling, which was handed down by the Court in 2014, concerned a married French couple who wanted to have children. The wife, however, was unable to conceive. Because the French Civil Code does not allow for any type of surrogate motherhood, the couple decided to enter into a surrogacy agreement in the USA. With genetic material from the father and a third-party donor egg, the couple, through the surrogate mother, eventually had twins.

The birth certificates of the respective daughters stated that the intended father, the husband, was the biological and thus the genetic father. For lack of a genetic linkage between the children and the intended mother, the wife was transcribed as the legal mother. Although the birth certificates had been legally approved by a US judge, the French authorities refused to enter the certificates into their register. The authorities based their decision on the fact that entering such entries in the register would give effect to a surrogacy agreement that was null and void on public policy grounds under national law. As a result, no legal relationship could be established between the intended parents and the twins. In practical terms, this meant that the children were not given the French nationality and therefore could not make use of certain social security rights, had limited access to education and saw their inheritance rights affected.

The family of four – wife, husband and twins – decided to contest the French authorities’ decision. They relied on Article 8 of the Convention, claiming that their right to respect for both private and family life had been violated. The Court did not find there to be a violation of the family’s right to family life, but held that there had in fact been a violation of the children’s right to respect for private life. It argued that inherent to one’s private life is the right to identity, and by denying the twins the French nationality, such an identity could not be properly established. This was particularly relevant as they were growing up in France and both their parents were French nationals. The decisive factor in this regard was their biological bond with the father. In reaching its conclusion, the Court left the legal relationship between the intended mother and children out of consideration.

Following this decision, the French Court of Cassation adapted its case law, and henceforth allowed for the registration of the birth certificate of a child born through surrogacy abroad, but only when the intended father was also the biological father.

Backed by the decision of the Strasbourg Court, the family asked the French Court of Cassation to revise the decision not to register the birth certificates of their daughters. In these proceedings, the French Court took the opportunity to ask the Court for a clarification of the status of the intended, non-biological mother, on which the previous judgment had been silent:

Does Article 8 of the Convention oblige the Contracting Parties to recognize the legal relationship between the intended mother and child? And if so,

Does the possibility for the intended mother to adopt the child from her spouse (the biological parent), as an alternative to transcription into the birth certificate, constitute a valid means of establishing such a legal mother-child relationship?

A state’s prerogative: Not if but how

In answering the first question, the Court took two factors into consideration — the best interest of the child and the scope of the margin of appreciation of France — and weighed them against each other. Since no consensus on surrogacy exists in Europe, the Court allows for a wide margin. But because various aspects of the children’s lives would be negatively affected by the decision not to recognize the relationship with their mother, it narrowed France’s margin. This means that a complete refusal of recognition would result in a violation of Article 8 of the Convention.

The form of recognition, however, does fall within France’s discretion. In answering the second question, the Court observed that the methods of recognition chosen in similar cases vary from one state to another and that adoption is commonly used as an alternative to the transcription of the intended mother into the birth certificate. It is thus for France to decide what method it prefers. The only limitation the Court made is that the recognition should take place as soon as the relationship has become a ‘practical reality’ and that the preferred recognition procedure must be implemented ‘promptly and effectively’. Considering that both these terms leave considerable room for interpretation, France still has the necessary leeway to decide in line with the nation’s political and societal views.

In line with the principle of subsidiarity, the domestic courts thus retain the final say in the matter. Due to the non-binding nature of the advisory opinion, they can (or not) rely on the advice of the Court as they see fit. It is exactly at this point that the procedure differs from the preliminary ruling procedure under EU law. In that case, the decision of the Court of Justice regarding the interpretation of EU law is in fact binding. The aim of the advisory opinion procedure is not to solve all issues related to, in this specific instance, gestational surrogacy. Rather, it seeks to enhance a judicial dialogue between the Court and national courts and provide them with a useful and relatively quick decision-making tool without transferring the dispute to the European level.

Unique to Delivering Dreams, we offer guaranteed not to exceed, all-inclusive pricing and contracts under US law to provide prospective parents legal and financial security. 1 in 6 couples are struggling with infertility.